I personally can’t believe how much I’ve learned in just a few short months (and perhaps more surprising, it’s been mostly unselfish makes too!! LOL). The first thing I ever made was a top, which I’m wearing in the photo but which I gave to my sister: 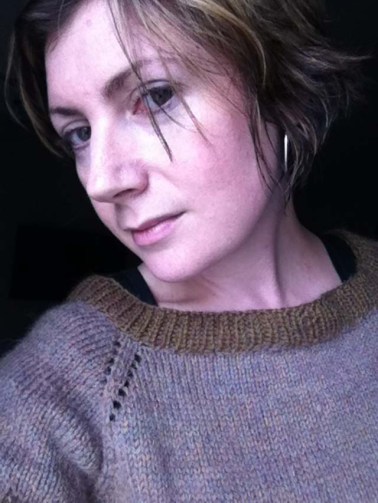 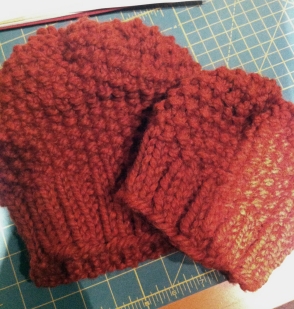 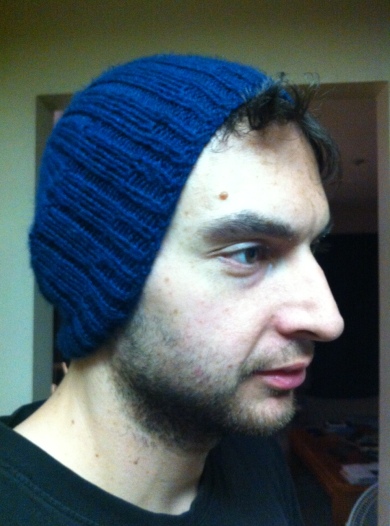 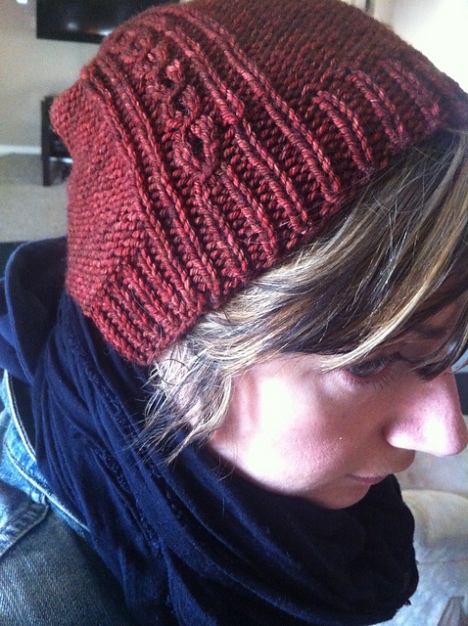 two pairs fingerless gloves; the red ones for me to match my hat, and the black ones for Maz, although I’m wearing them in the photo LOL – they’re too big on me 🙂 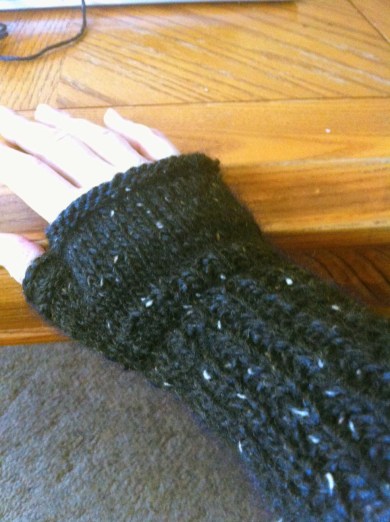 and two cup cosies for Christmas presents (I’m teaching myself cables on a third). I’ve also got two cardigans half made. Seriously. In three and a half months I went from not even knowing how to hold needles to all that!! 😀

For anyone out there who’s intimidated by knitting I strongly suggest you give it a try! It’s incredibly soothing, and so non-threatening: even the stuff you don’t know how to do is easily learned, as there’s TONS of great books, blogs and YouTube clips of any technique you come across that’s unfamiliar 🙂 Plus it’s portable – which is why I’ve been able to do so much in such a short time even with my crazy schedule 🙂

I’ve found myself taking strongly to circular needles. I’ve grown a very respectable collection of interchangeables in both wood and stainless steel. I use them for everything, even flat knitting 🙂 I love the circulars so much, I even taught myself Magic Loop, (which, for anyone unfamiliar, is a technique for knitting small things like gloves or socks with one circular cable rather than using double pointed needles).

Anyway, i have so many more exciting projects on the horizon and I’ve even managed to build up a YARN STASH haha!!! Who could resist surrounding themselves in soft, squishy balls of wool, alpaca, merino, cashmere and silk in every weight and colour of the rainbow??

Do you knit? Are you a public knitter? How big is your yarn stash? lol

graphic designer, illustrator, and artist of many skills... always striving towards new challenges and goals, and always with more projects than time to do them in!! END_OF_DOCUMENT_TOKEN_TO_BE_REPLACED
This entry was posted on Monday, December 23rd, 2013 at 4:25 pm and tagged with knitting and posted in knitting. You can follow any responses to this entry through the RSS 2.0 feed.
« Blogiversary!!
My Miette! :) »

Thank you for taking the time to comment - I truly appreciate each and every one! :) Cancel reply