I was recently chosen as the next recipient of the Pattern Pyramid started by Ann of Pretty Grievances, inspired by the one started by Karen of Did You Make That? The previous custodian was Anne of Tulle and Tweed, and she sent it all the way from Glasgow, Scotland to the west coast of Canada! ^__^

Here is the one I chose to keep: 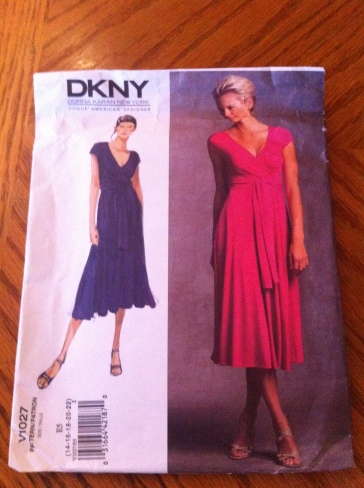 It’s similar to Cake’s Tiramisu pattern, which I have, but the skirt is cut on the bias, and there is no separate midriff piece; instead there is a tie belt, which is a nice touch. I was a bit concerned there wasn’t enough separation between the two patterns for me to justify keeping this one, but alas, the others are all either the wrong style for me, the wrong size, or I already have it ^__^

I will likely make this a bit shorter as well, since I prefer above the knee to calf length 😛

Here is the pattern I am replacing it with: 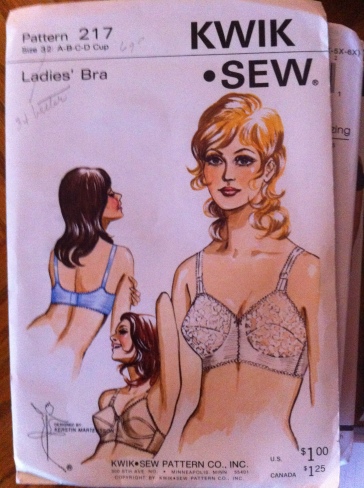 It’s a vintage Kwik Sew bra pattern for 32 A-D. There is even some writing on it from the previous owner who discovered she actually needed the 34A, so I’m guessing the pattern hasn’t been used ^___^ I would think adjusting the width wouldn’t be too hard, but I’m not at all experienced enough to say that with any certainty, and in any event, it doesn’t go high enough in cup size for me, so I’m setting this pattern free in hopes someone adventurous might get a chance to try it 🙂

Here are the rest of the Pattern Pyramid patterns up for grabs: 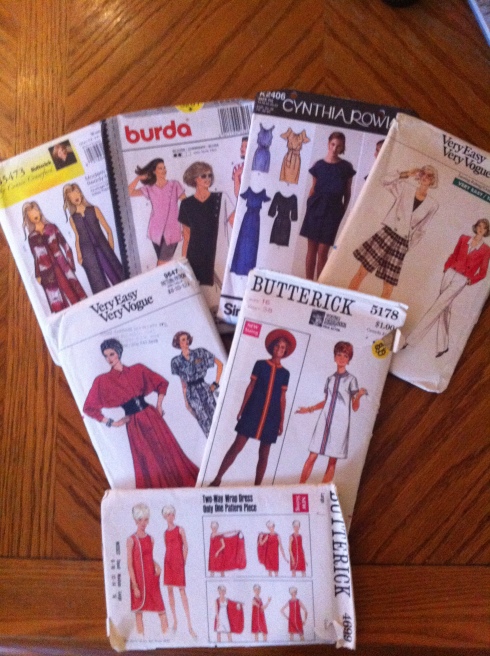 I can personally recommend the Cynthia Rowley pattern, as that’s the one I made my Starsky Dress from 🙂

Please leave a comment on this post if you would like to be entered for the draw to become the next link in the Pattern Pyramid chain! I will be doing the draw on Tuesday, January 22nd: one week from today 🙂